Mindset Matters: What My Dream Revealed About Positive Thinking 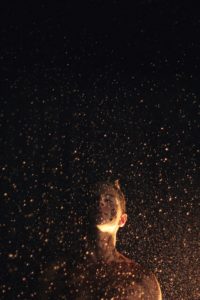 I’m pretty sure I dream every night. Sometimes I’ll wake up suddenly from a dream, but can’t remember much of it. Other times, like this night, I woke up remembering every detail. When that happens, I’m always pretty sure that dream is an important message for me or someone I know. That’s why I shared it on Facebook, and I feel so strongly about this dream, I’m adding it to this blog, so I can come back to it often.

In my dream, I was with a group of people who were in an isolated area, working on personal development. Throughout the dream, we were moved from one challenge to the next, sometimes it was clear what the objective was, while other times we had no idea what was expected of us. This was a day long experience, so we were exhausted by the time the final challenge was before us.

In the final challenge, I entered an area – it felt like a room, but it also felt like we were outside. I immediately saw several of my fellow competitors sleeping on the ground. Moss was covering their bodies, and only their faces were visible. I immediately felt the desire to lay down for a nap, but I suddenly saw other competitors still in action nearby. With my attention diverted from the sleepers, I moved toward them, seeing them working through various obstacles and games, so I started doing the same. I noticed that periodically competitors were led out of the area, and, shortly after noticing that, I was led from the game by an attendant. It was interesting that each time I became aware of something else, everything changed.

Remaining Positive In the Face of Failure

My attendant asked me how many of the challenges I had successfully completed. I told her, I don’t know, I had expected her to tell me. She shook her head sadly, saying, that isn’t good. That response concerned me greatly. I saw a line of people ahead, so I walked away from my attendant to join that line. The line attendant said, these are the top ten people who completed the whole challenge. What is your number, she asked. Yikes, I didn’t have a number, so I returned to my waiting attendant who led me on.

Suddenly, it struck me that I had not understood those challenges, so I couldn’t do my best. I smiled at my attendant, saying, my brain doesn’t work like that, but I’ll be in the top ten of one of the next challenges. I was feeling really optimistic at that moment.

My attendant stopped and smiled, saying, that’s the response of a winner, and then she handed me my number. And, that’s when I understood the purpose behind the challenges.

No one had completed the challenges, we just had to have a positive attitude as we were led away thinking we had failed. I don’t know who needed to hear this other than me, so sharing it here for those who need this!